A strict definition of a half-cube is one part of the dissection of a cube into two identical parts. Both parts have the same shape and volume. The dissection may be a single cut along a orthogonal  or a diagonal reflection plane or a more elaborate combination of cuts resulting even in half-cubes separating along one axis only. Puzzles made from half-cubes separating in many directions are in general assembly- or box-filling puzzles; but puzzles from half-cubes separating along one axis only are interlocking. We can broaden this definition by allowing cube dissections producing mirror images as half-cubes as well.  Designing puzzles on the basis of half-cubes involves changing them so mutants are created that no longer have the volume of half the cube. The definition of a pair of “mutant half-cubes” is any dissection of a cube in two pieces. Here both shape and volume may be different, the only condition is that the two pieces combine into a cube. This definition allows many different pairs of mutant half-cubes. 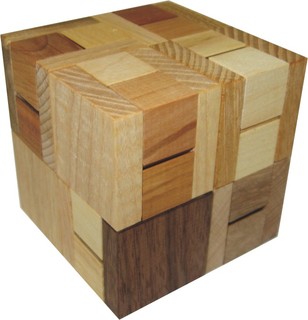 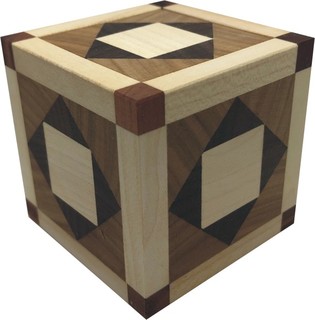 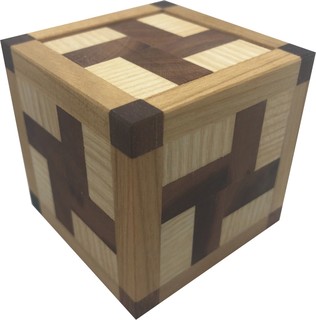 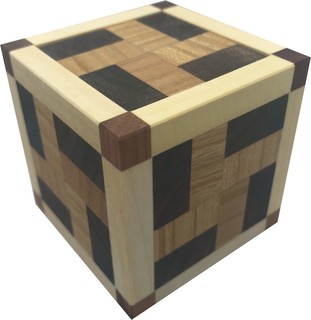